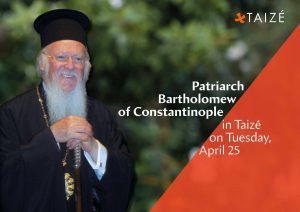 “To reconcile is above all to heal the evils of history, the scars of time, mutual misunderstandings, conflicts of memory, fratricidal hatreds. In this sense, the division between Christians to which we intend to respond by praying for the unity of the Churches is a spiritual wound, with shared responsibilities—whether accepted or not,” he said in his speech.

The Community of Taizé was founded in 1940 by Brother Roger Schütz, a Reformed Protestant. It numbers more than 100 brothers from Protestant and Catholic traditions.