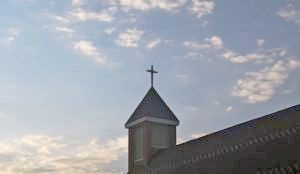 Source: The Persecution of Christians

The Egyptian government is very slow to approve applications for the construction of new churches. This story illustrates what are all too often the consequences: Christians go ahead with construction of an urgently needed church, and then are subjected to mob violence, often aided and abetted by government officials. As Father Sami says below: “What happened frightened us. I am a priest and it is possible for the police to cuff me if the extremist neighboring Muslims protest or gathered in front of my church. Things are getting worse, but let us pray to make God keep us in peace.”

Please continue to remember in your prayers our brothers and sisters of the Coptic Orthodox Church in Egypt as they are persecuted for their Christian faith. Pray for their safety and peace, and for that of the nation’s Greek Orthodox Christians as well. Pray that the government and police provide all the Christians of Egypt with the assistance and protection they need to construct churches and worship our Lord and Savior Jesus Christ in freedom and without fear.

FOUR churches have been forced to shut down after angry protestors attacked the premises, amid rising fears of a worldwide crackdown on Christianity.

In recent weeks, hardline Islamic extremists have carried out a spate of attacks against four churches in Egypt, persecution watchdog International Christian Concern (ICC) has reported. All four churches were in the midst of seeking official recognition from the state to carry out worship services. Following protestors’ demands, Egyptian authorities closed down the churches and denied Christians the right to carry out public worship services. On 7 January, which is Egypt’s Orthodox Christmas, more than 1,000 of furious extremists gathered outside Mar Girgis Church in the village of Manshiyet Zafarana.

According to the Archbishopric of the church, police promised demonstrators they will close down the church and stop Christians from worshipping.

A statement issued by Archbishopric of al-Minya and Abu Qirqas reads: “More than 1,000 militants demonstrated against the church, chanting offensive and inflammatory statements in the presence of security forces.

“[They] asked them to calm down and promised them that they would do whatever they wanted to remove the people (Christians) from the place and close it.”

Police officers arrested the church’s priests, transporting them in a car used to carry animals and garbage….

Andro, a Christian lawyer, told ICC: “The police behaved by an offensive way. They behaved with the priests as they would with killers. How dare the police cuff the priests! It is a shame on the Copts there.”

Father Sami, a local priest, also told ICC, “What happened frightened us. I am a priest and it is possible for the police to cuff me if the extremist neighboring Muslims protest or gathered in front of my church. Things are getting worse, but let us pray to make God keep us in peace.”

Claire Evans, ICC’s Regional Manager for the Middle East, said: “It is no coincidence that Egypt’s Christians have been so heavily targeted by extremists within the past four weeks.

“They are often singled out during the celebration of Christian holidays, such as Christmas.

“These incidents also demonstrate how the police often contribute to the problem by adhering to the mob’s demands, even allowing the mob to rage on with no consequences for their violent actions.”