[ditty_news_ticker id="27897"] Metropolitan of Kyiv: We are ready to start a dialogue for unity without conditions - Orthodox Christian Laity 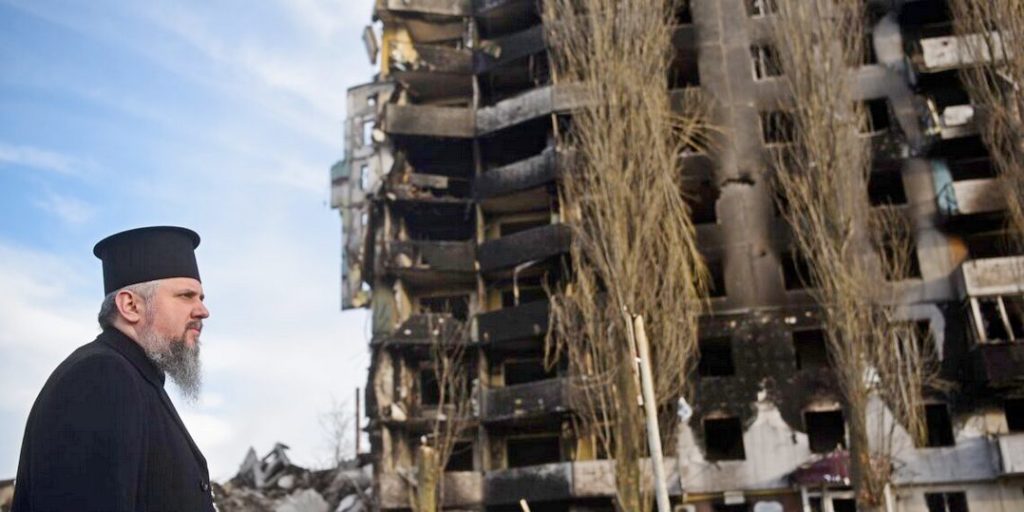 Metropolitan Epifaniy of Kyiv gave an important interview on how the Church of Ukraine is experiencing the military invasion, what is happening inside the Church itself, and whether it is ready to receive not only parishes but also Bishops who distanced themselves from the Russian Church.

“At such a difficult time, we can only get help from God, God really helps us. We can see that even from the first days of this terrible war.

Kyiv could have fallen at any moment, but by the grace of God, it did not. And as you can see, with God’s help, the regions of Kyiv, Tserniyif, and Sumy were gradually liberated, and I am convinced that in the future we will gradually achieve a victory in the east, “Metropolitan Epifaniy said, speaking on the Ukrainian website www.lb.ua, answering essentially the question of how one can not lose faith in such difficult times.

Metropolitan Epifaniy remains in Kyiv, at his residence in St. Michael’s Monastery. Although he admits that in the first few days, in particular, the danger was very great as the monastery was subjected to several attacks, which he managed to repel.

“From the evidence of various secret services, I know that I am on a list with those who pose a threat to the Russians. But I must be where my flock needs me. When the news came that Borodyanka opened after the demining and that there was the possibility to go and visit the people there, I decided without hesitation to go, although this may be dangerous,” he said.

“We have to overcome these trials that have happened to us, there is no other way out. We must fight to the end to stop this evil that is now raging on our land from spreading any further. Because I always say, especially to our foreign allies who support us, that if we do not survive, if we fall, this evil will spread further and the war will reach the homes of Europe,” said the Metropolitan of Kyiv.

In fact, he underlined that while there are some internal moves distancing from Moscow, this does not fundamentally change the situation.

“They remain part of the Moscow Patriarchate. And the Head, Metropolitan Onufriy continues to commemorate Kirill. Now, we see that to some extent they are trying again to maintain this structure, as happened in 2014.

Metropolitan of Kyiv and All Ukraine said he was ready to sit down at the negotiating table, in order to start a dialogue for the unity of all, “in the only recognized Autocephalous Orthodox Church of Ukraine”.

And he added that “we have already started this dialogue from the bottom up because we accept those parishes that are ready for unity. We are not announcing it yet, but the process has progressed in various areas, not only in the west and center, but also in the east, in Kyiv, and in the south. The process has begun and we are ready for the fact that Bishops with their Dioceses may join the canonical order.” The Metropolitan of Kyiv clarified that he did not want to impose the jurisdiction of the Church of Ukraine on the representatives of the Moscow Patriarchate by force.

“We want it to be peaceful (the transition). For what is done with love will have a future, and what with compulsion will not. As you can see, we don’t make demands. We say we’re open, ready to communicate, ready to forget everything that’s happened in the last three decades. Because if we set conditions, we will never be able to unite.

Therefore, for our part, there are no demands for repentance. We only ask that you show goodwill.”

The Primate of the Orthodox Church of Ukraine stressed that “we do not make demands, we invite. I am convinced that Orthodox Ukrainians are patriots. Unfortunately, there are also those who work openly for the enemy.”

“As we can see, the head of the Patriarchate of Moscow, Kirill, blesses the murder of our people. If he considers Ukraine as the canonical territory of Russia, and the Ukrainians his flock, the faithful, then why does he at the same time bless their destruction,” he said.

“It is the same ideology of the “Russian world”, which supports war, supports the murders, supports the genocide of the Ukrainian people, which Kirill and his associates co-created. It must be rejected and condemned, like all genocide, “the Metropolitan of Kyiv said.

He also noted that the issue of the actions of the Patriarch of Moscow, who violates the canonical order in the Orthodox Church, should be raised.

“Like Putin, who invaded Ukrainian territory, Kirill does the same, only he does it spiritually, especially as far as the Patriarchate of Alexandria is concerned. If the Orthodox world does not condemn this, he will continue to be aggressive.