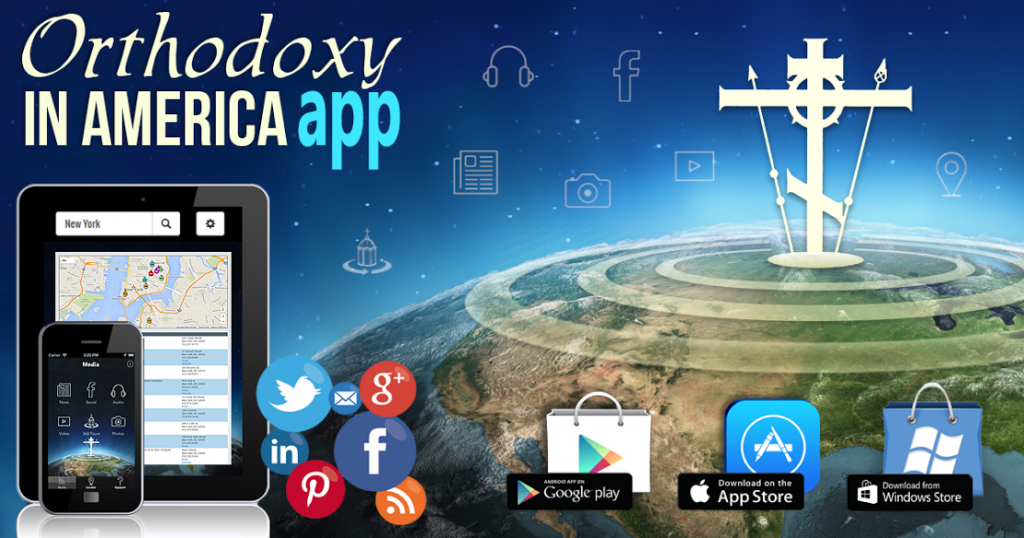 “This app is much more than just a church locator,” explains Father John. “It brings together news, social posts, daily audio, and trending photos, as well as video and 360 tours from the various jurisdictions, agencies, seminaries, monasteries, and Orthodox media outlets, including Ancient Faith, Orthodox Christian Network, Pravmir, Pemptousia, Pravoslavie.ru, Patristic Nectar, Sister Vassa, Y2AM, and others. News from the Orthodox Church in America and its institutions also are featured in this app, which is offered to help inform, educate and inspire the faithful to live and share their Faith!”

Android, Apple, and Windows versions—totally free and without advertisements—are in the app stores now and may be downloaded free of charge.