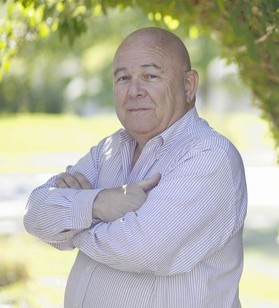 James Gottreich was removed as parish council president at Sts. Peter and Paul Church in Glenview after raising concerns about a Milwaukee County investigation into the church’s pastor. (Stacey Wescott, Chicago Tribune / September 25, 2013)

A request by a Glenview church to suspend its priest until the conclusion of a criminal investigation that involves him has prompted a sharp rebuke from the leader of the Greek Orthodox Church in Chicago, who then ordered the removal of the parish council president who made the request.

James Gottreich, council president at Sts. Peter and Paul Church, wrote last week to Metropolitan Iakovos, the leader of the Greek Orthodox Metropolis of Chicago, asking that the Glenview church’s pastor, the Rev. James Dokos, be placed on leave until the out-of-state criminal probe has wrapped up.

The district attorney’s office in Milwaukee confirmed it has launched a formal investigation into how money was distributed from a $1.3 million trust fund set up to benefit Annunciation Church in Milwaukee. Dokos oversaw the trust fund as pastor at Annunciation before being transferred to Sts. Peter and Paul last year.

Dokos has not been charged with a crime, and prosecutors in Milwaukee said no decision on possible charges has been made in the case.

In response to Gottreich’s request to place Dokos on leave, Metropolitan Iakovos wrote in a letter dated Sept. 20 that he would not do so and that he was “astonished” by the Glenview parish council’s “inappropriate suspicion and deceitful maneuverings rather than the support of its own pastor in time of need.”

Metropolitan Iakovos also wrote that the parish council had been “expressly prohibited” from discussing the “dispute between Father James and the Annunciation Church.”

The leader continued: “That this prohibition was ignored indicates contempt for the … authorities of the Metropolis,” the body that oversees about 60 Greek Orthodox churches in the Midwest.

Some members of the North Shore parish said they were angered by the church’s decision to remove Gottreich from the parish council. Dozens of parishioners gathered at the church Thursday evening for a meeting to discuss the church’s response to the metropolis’ action.

Neither Metropolitan Iakovos nor Bishop Demetrios of Mokissos, the chancellor of the Chicago Metropolis, could be reached for comment. Dokos, approached at the church Thursday evening, referred questions to a metropolis lawyer who he said would be available Friday.

Milwaukee County Assistant District Attorney David Feiss confirmed that the office is investigating how the trust fund money was spent and said the office issued seven to 10 subpoenas in late August to gather more information about it.

The Annunciation Church council had asked prosecutors to look into the matter after an internal investigation into the fund suggested “some discrepancies,” according to a public statement issued by the church in August.

“We’re trying to see if those expenditures were made for personal purposes or for church purposes,” Feiss said. “Once we have that information, we’ll make a decision whether to go forward.”

Dokos headed Annunciation Church for about 20 years before arriving in Glenview about a year ago. The Glenview church’s former priest, the Rev. Angelo Artemas, now serves at Annunciation.

The trust fund in question was left by Annunciation parishioners Ervin and Margaret Franczak to benefit the church’s cultural center, according to a lawyer representing the Milwaukee parish. Dokos was in charge of overseeing how the money was distributed, officials said.

The Metropolis of Chicago’s lawyers conducted their own review of the administration and use of the trust fund. According to an Aug. 7 letter to the Milwaukee church from Bishop Demetrios: “The Metropolis has reached the conclusion that the funds from the Franczak Trust were used in accordance with the provisions of the Trust, for the benefit of Annunciation Church, or in accordance with the wishes of Margaret Franczak.”

After the metropolis church leaders declined to take action, the Milwaukee church took its concerns to the district attorney’s office.

Meanwhile, Glenview parishioners grew concerned about the Milwaukee investigation, prompting Gottreich to write a letter dated Sept. 18 to the bishop asking that Dokos be placed on leave.

“His continuing to serve while under this cloud is hurting our Parish Life,” Gottreich wrote. “Acting as if things are ‘normal’ is dispiriting and demoralizing for many of our faithful, both those attending the Liturgy, and those who have difficulty ‘pretending.'”

In response, the leader reaffirmed that Dokos would not be suspended from his duties: “In fact, we commend Fr. James for his conduct during this difficult period.”

Gottreich said it’s not clear whether the metropolis has the authority to oust a president of a church’s parish council.

“The metropolis acts as if they can do it,” he said. “It’s a tug and pull. Everybody thinks they’re right.”