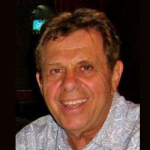 Having looked over the information concerning the recently completed National Assembly of the Greek Orthodox Archdiocese, which took place in Phoenix, AZ and having talked to some members of my local community in Southeast Florida who attended, I conclude that there were no workshops, discussions, or information presented on the work of the Assembly of Canonical Orthodox Bishops of North and Central America.

Unity of the Orthodox in America was not on the conference’s agenda. I find this amazing and shocking. The 14 Patriarchs of the worldwide Orthodox Christian groupings, have requested in 2008, that the bishops in the boundaries beyond the mostly homogeneous Orthodox Christian countries become Assemblies of Bishops in their regions. They challenged the bishops in these areas to work in a conciliar way and come up with a blueprint for unity to present to the meeting of 14 Patriarchs for discussion, so that the blueprint could be presented to a Great and Holy Council of worldwide bishops. This meeting would consider the status of the governance of these regions.

Archbishop Demetrios recently decreed that that all students at Holy Cross Seminary pass a Greek proficiency test. Whom did he consult on this matter? This seems to run contrary to the work of the Assembly of Bishops, and will keep the Orthodox Church in America fragmented because the GOA wishes to be the exclusive Orthodox grouping.

We will not pay and obey! We are part of the conciliar process of Church Governance and we will work together with our hierarchy, clergy and laity to overcome the fragmentation of the Church which is too costly to maintain. Why continue having separate National Assemblies, which cost millions of dollars? Why is there not one National Convention Center for Orthodox Christianity in the United States?