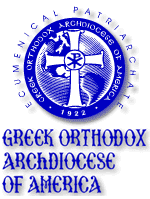 It is really unbelievable that the [Greek Orthodox] Archdiocese will mortgage its office buildings in Manhattan in order to get a bank loan of $7.5 to $10 million to pay its debts.

I remind you the essence of the news that we revealed on April 14: “the Archdiocesan Council’s Executive Committee at a meeting on April 10 approved the Archdiocese’s seeking a $7.5 to $10 million loan, which the Archdiocese will now attempt to obtain from the Greek-American-owned Alma Bank of New York. If approved, the loan will be used by the Archdiocese to pay its debts, which have led it to virtual bankruptcy. It will use its two office buildings on East 79th Street in Manhattan as collateral.”

It is the extreme humiliation that this archbishop, Demetrios, has led our Church in America. Instead of doing the obvious, he is trying to hide behind games and tactics, claiming he didn’t know anything; that he didn’t have any idea about the finances, and that now internal controls are in place. All these excuses were destroyed by the January 24 letter of his former close confidant, Jerry Dimitriou, in which he claimed that the archbishop knew everything and was making decisions. Now all these matters become more serious with the probe of federal and state authorities.

The question remains: why wouldn’t he know? Where was he? Was he not the archbishop all these nineteen years? But the archbishop is not responsible alone; the members of the Holy Eparchial Synod are responsible too. Where they have been? Why they didn’t ask to be informed? What kind of a Synod are they?

Furthermore, why don’t the Synodic hierarchs come out publicly and tell the Church what exactly has transpired? Meanwhile, the pillage has been done as the findings have shown up until now and only God knows what else will be found through the audits.

It is really unconscionable that all of this happens in the greatest country in the world and furthermore in New York, the most prestigious and developed city in the universe. We should have purchased part of New York’s real estate to make the Church self-sustaining, not to beg Alma Bank for a loan to continue our existence.

I wonder if the archbishop, the Eparchial Synod and the Executive Committee had the right to make such a decision and tied up the property of our Church. Why did the archbishop proceed to ask for a loan by mortgaging the buildings when the Ecumenical Patriarchate instructed him not to do so?

Does the Archdiocese continue to be an Ecclesiastical Eparchy of the Ecumenical Patriarchate? If yes, then why the archbishop didn’t listen to his ecclesiastical authority?

The Church, I mean the People of God and not the hierarchs, follow the events speechless.

Despite all this mess, believe it or not, we are preparing to have the 44 Clergy Laity Congress in Boston in about three months. I wonder what achievements will be presented. What visions for the future? Look at the Holy Cross Theological School’s enrollment and finances. It seems to me that the archbishop continues to be in denial, but the reality is so scary.