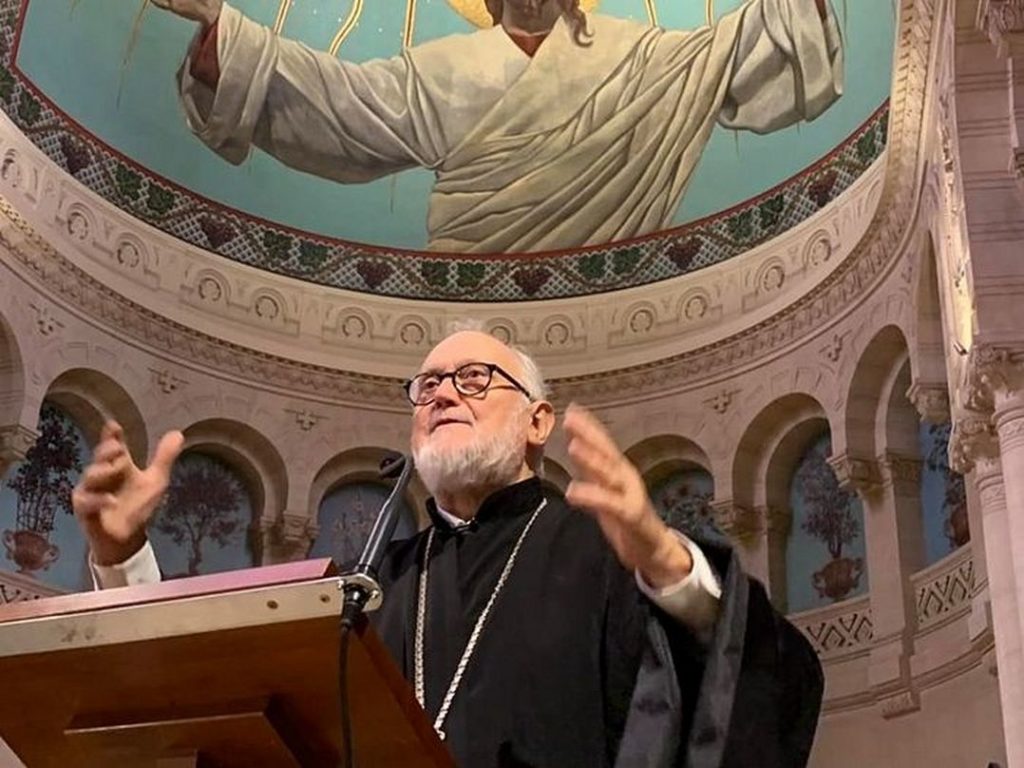 [Paris] The Archdiocese of Russian Churches in Western Europe, which largely voted to follow its hierarch, His Eminence Archbishop John of Dubna, into the Moscow Patriarchate recently, is already experiencing the fruits of this new life.

Yesterday, Abp. John, who was unceremoniously released from the Patriarchate of Constantinople without warning and soon thereafter received by the Russian Church, published an address to his flock, announcing the upcoming Archbishop’s Council and General Assembly of the Archdiocese and the election of two vicar bishops.

Abp. John lamented in an interview in February that while he is getting older, Constantinople never permitted the Archdiocese to elect and consecrate new bishops.

In particular, the hierarch writes that, in accordance with the results of September 28’s Pastoral Assembly, he signed “with the support of two-thirds of the clergy of our Archdiocese, an official request to join the Moscow Patriarchate on the terms that were finally agreed upon by the Joint Commission in the summer.”

As Abp. John notes, to date, nearly 60 parishes have expressed their desire to remain in the Archdiocese and join the Moscow Patriarchate, while another dozen intend to join the Greek Metropolises in France or in England. However, he hopes to persuade these parishes to reconsider their position once the excitement around the recent events subsides.

As previously reported, the Holy Synod of the Russian Church will officially consider the Archdiocese’s request to join at its session on October 8. According to Abp. John’s latest address, the Archbishop’s Council will then consider the decision of the Holy Synod on October 21. It will also begin preparations for the next General Assembly, to be held in the coming months. The last regularly scheduled General Assembly was held in 2016, though several extraordinary Assemblies were held over the past year to decide the Archdiocese’s future.

The Assembly will be an important step forward for the Archdiocese, “namely, we will finally be able to endow our Archdiocese with an Episcopal Council, electing two vicar bishops.”

“The Patriarchate of Constantinople blocked such election for many years, and I believe this has led to significant violations: We have experienced an extreme need for such an Episcopal Council in recent months, and I would say, even in recent years,” Abp. John writes.

The Archbishop intends to begin consulting with parishes to draw up a list of candidates. There are many other issues from the past year that need to be resolved, he writes, and though the plethora issues will likely force the postponement of the December General Assembly, Abp. John writes that he is determined to convene it as soon as possible, “because we not only can, but must move forward.”