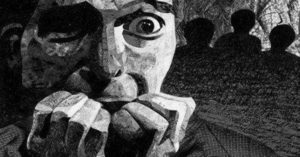 The academic literature connecting religious fundamentalism and psychosis is extensive. In my experience as both a clinical psychiatrist and priest, I believe that we see this illness both individually and collectively within the Orthodox Church. Fortunately, the solution to this spiritual illness lies in the very proclamation of the incarnation.

Paradoxically, although religious fundamentalism is a fanatical opponent of the discipline of psychology, it actually is a form of psychologism. It assesses through habit, not through truth. For fundamentalism, it is “familiar identity” that is at risk. Fearful of the complexity of the modern world (which has already evolved to the chaos of the postmodern one), it resorts to oversimplified solutions, because it cannot tolerate doubt, perplexity, or coexistence. In other words, fundamentalism “freezes” certain created and external elements of the tradition, which it believes to contain the truth of God. In doing so, fundamentalism immobilizes history, unaware that by doing so it enacts the very sin it claims to fight.

Religious fundamentalism was born as a reaction to secularism; therefore, secularism and fundamentalism are mirroring phenomena that cannot be separated. The former yields to the fascination of the secular, the latter fights against the secular in panic and hatred. Both have elevated the secular to the status of an obsession, in opposite ways. Therefore, neither is free. They resemble to each other; that’s why they are rivals.

Psychologically, fundamentalist violence (whether physical, emotional or spiritual) indicates insecurity. The fundamentalist is insecure in his faith, and sometimes split as for his desire. Freedom and joy in others can trigger anxiety, leading to envy and then hatred. In short, the fundamentalist is animated by fear rather than by love. Aggression becomes a critical issue of survival, not a manifestation of bravery.[1] Therefore, the noblest elements of his faith have not been adequately internalized.

Consequently, the deep raw psychic aggressiveness seeks legitimization by claiming to defend “tradition,” a defense that does not stem from confidence but from fear. This is a fear that can evolve to a real paranoia, namely a morbid suspicion against non-existent enemies. We understand that the motivation for a defense of tradition is much more secular than the fundamentalist can imagine.

Fundamentalism is unable to interpret the holy texts because it approaches them like fossils, disconnecting them from the context that gave birth to them. Its concrete discourse lacks the capacity for metaphor, which is an indispensable means for interpretation. From a psychoanalytic perspective, fundamentalism (as a collective, not as an individual diagnosis) functions in the Church like psychosis. It is in psychosis that discourse is concrete, lacking the metaphorical function.[2] Among the most important aspects of metaphor are translation and contextual theology; this is why fundamentalism fights against both translating the liturgical texts into the common language, as well as interpreting theological tradition in context.

The other way in which fundamentalism converges with psychosis is paranoia, namely a fear that annuls any dialogue and reception. Usually, this fear is either disproportionate to the threat or an imaginary one in front of a non-existent threat. Actually, it is the inner aggressiveness that is projected under a Christian disguise, when the raw destructive forces of the psyche motivate a fight against the perceived enemy.[3] Therefore, the threat is perceived as coming from outside, while it is a projected aggressiveness.

Religious fundamentalism is both a symptom and a self-remedy: while it makes the psychosis of the Church, it organizes its thought structures in such a way as to reduce psychotic anxiety. Thus, it functions simultaneously as both an ecclesiastical illness and a defensive mechanism against this illness in order to prevent it from becoming an individual diagnosis. In other words, a translocation from the individual to the group occurs: the fundamentalist makes the Church sick so that he will not become psychotic!

Last but not least: to what degree is orthodox fundamentalism fed by the extensive conservatism and the centuries-long institutionalism of our Church? Does the ecclesiastical climate facilitate benign forms of the fear of the world to mutate into the malignancy of fundamentalism? In other words, do the endemic characteristics of the Orthodox Church favor extremities instead of discouraging them? Professor Saroglou, after counting a number of problematic mentalities and attitudes of our ecclesiastical life (separatism, isolation, helleno-centrism, hostility to the West, authoritarianism, legalism, mistrust), wonders about an umbilical cord that may connect fundamentalism with the mainstream orthodox life: “Is fundamentalism a stranger or a sibling of Orthodox theology?”[4]

If our Church really wishes to decrease and disarm Orthodox fundamentalism, she will need to educate her congregation about the ways in which the Church historically opened itself to the world.  Only then we will extinguish the psychological and ideological fundamentalist matrix. We know that things do not change quickly, but a clear strategy which is open to changes, more flexible, with a vision wider than nationalism, will bear fruits for sure. This developmental advance means that our ecclesiastical life (worship, sermons, catechesis, guidance, administration) will stop inducing defensive identities and, instead, will embrace the very essence of Incarnation.

Rev. Dr. Vaseilios Thermos is a psychiatrist, professor, and priest of the Church of Greece.

A longer version of this essay was originally presented at an international conference on “Orthodoxy and Fundamentalism,” organized by the Volos Academy for Theological Studies on May 10-12, 2018 in Belgrade, Serbia.