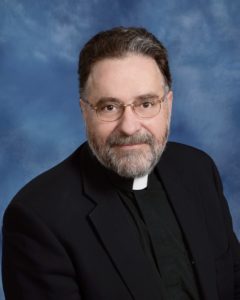 Fr. Steve Dalber, who was brutally attacked in the parking lot of his church

SOUTH CHARLOTTE, NC – Rev. Steve Dalber, Presiding Priest of St. Nektarios Greek Orthodox Church in South Charlotte, NC was brutally attacked by 17-year-old William Wyatt McCloskey on February 9 in the parking lot of the church, where he was looking for his cell phone.

According to police, McCloskey punched the priest and then struck him with his vehicle, causing serious injury. The priest suffered a broken arm and back injuries and was hospitalized.

St. Nektarios posted on its website: “Fr. Steve is still hospitalized. He has been undergoing tests today and is resting comfortably. Shortly before 7PM on Friday night, he was assaulted while he was walking in the back part of the parking lot looking for his cell phone. He sustained a broken left arm and a back injury. One suspect was apprehended and charged on Friday night after 10PM. He is still in custody. Fr. Steve and his family appreciate your thoughts and prayers. Please refrain from calls and visits at this time as he recovers.”

Fr. Dalber was discharged on February 12 and sent home to rest.

McCloskey was charged with assault with a deadly weapon, felony hit and run causing serious injury, and simple assault. He was booked at the Mecklenburg County Jail and granted bail on a $7,500 bond. On February 12 he appeared at the court. Local media reported that McCloskey remained during court proceedings while his parents told a judge that they have hired an attorney. 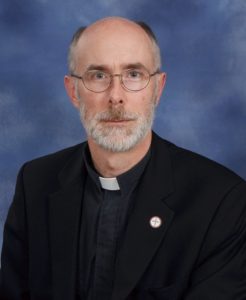 After the court appearance, McCloskey’s father was not happy to see the media and held up a finger in an obscene gesture. Neighbors said “that’s par for the course.”

Fr. John Wallace, assistant priest at St. Nektarios, told TNH that “the young man attacked Fr. Steve unprovoked. Fr. Steve was walking toward his car when McCloskey attempted to run him over, injuring him”. He said that “we are praying for Fr. Steve and also for the young man. It will be some time until Fr. Steve fully recovers.”

The parish of St. Nektarios belongs to the Metropolis of Atlanta and according to Fr. Wallace “is comprised by 650 families and more than 2000 members.”

Wallace has been pastoring at St. Nektarios since 2012, but as he said “I was chrismated here in 2002 when I converted to Orthodoxy.” He praised Dalber, saying that “I wouldn’t be here if it was for Fr. Steve. He is not only my spiritual father but he is like a father to me since my biological father died in 1993.”

When we asked him what attracted him to Orthodoxy he said “I was a member of the United Methodist Church and I was feeling that something was missing but I didn’t know what it was. At some point I realized that it was the sacramentality of the Orthodox Church, the beauty and the depth of the Orthodox worship and certainly the love of the people.”