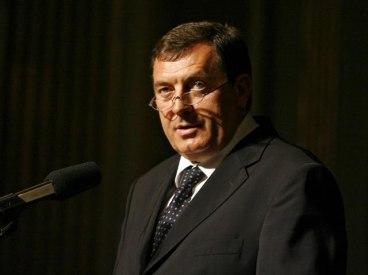 [TANJUG] Russian Orthodox Patriarch Kirill has presented RS President Milorad Dodik with the award of the International Fund for the Unity of Orthodox Nations.

The leader of the Serb entity in Bosnia-Herzegovina (RS) received the accolade in Moscow on Tuesday.

The award is given for outstanding contribution to improving the unity of Orthodox Christian peoples and consolidating and promoting Christian values ​​in society.

The ceremony at the Cathedral of Christ the Saviour was attended by Serbian film director of Bosnian origin, Emir Kusturica, and a large number of diplomats and dignitaries from the public life of Russia, reported the Serb Republic’s public broadcaster RTRS.

It was said that Dodik received the award “because regardless of the pressure from the West, he managed to preserve the RS and stop the process of its abolition.”

“The Serb Republic is the only legal option to ensure the safety of Serbs west of the Drina River, which divides them, or more accurately connects them with motherland Serbia,” the Fund said, explaining the decision to award Dodik.

Stable relations with Russia are a priority in Dodik’s foreign policy, because he does everything to strengthen the Orthodox Serbian-Russian ties, the text added.

Dodik expressed his gratitude to the Russian authorities “for standing behind international law with principled responsibility and therefore behind the Dayton agreement, which guarantees preservation of stability.”

Dodik told Radio Republike Srpske that the official Russian position remains to support the accord, which ended the 1992-95 war, and “to support international law in Bosnia-Herzegovina.”

During his stay in Moscow, Dodik met with Russian Foreign Minister Sergei Lavrov.

“Russia, through its involvement in the Peace Implementation Council and the (UN) Security Council, has represented the same views on Bosnia-Herzegovina, which imply that all issues must be resolved through agreement of the three peoples,” Dodik said afterwards.